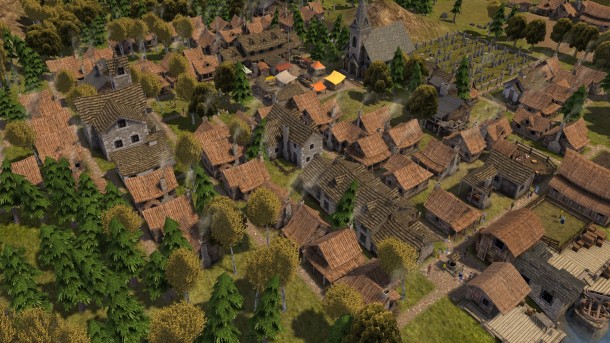 I’m almost afraid I can’t give Banished an unbiased opinion because I’ve been anticipating it for half a year. This game was going to be my Christmas present…then my birthday present…and then finally a release date was announced and it became my post-Valentine’s present, which doesn’t quite have the same ring. I first started hearing about it on /r/indiegaming, started following the developer’s, Luke Hodorowicz’s, blog , and became just as engrossed in the process of the creation of this game as I was engrossed in any of the games I was actually playing. It was almost like when my sister got pregnant, if she had been three months late in delivery.

The reason I feel as if I can be objective is because about three hours into the game, I was disappointed. There’s not a whole lot of content. Most sims compel the player forward by unlocking new objects as goals are reached. Banished has nothing to unlock. What you see at the start of the game is what you get: a couple houses and path options, a handful of civic buildings, and a few crops and pastures. The premise is that of most civilization simulations: build a population while maintaining health and happiness.

So why have I now racked up over 100 hours on this game that I was considering quitting only a few hours in? The answer is a little nonsensical unless you’ve played the game: I ran out of tools.

I’ve read the harrowing tales of heartbreak and defeat by critics who went in blind…and were blindsided by the learning curve. I chalk it up to having followed the game for months before its release, but I felt as if I knew exactly what I was doing immediately, which is in itself a pretty dull way to approach a game. This game is about resource management and strategic placement, so I followed logic and thing went great. I took a break at that three-hour mark and started reading about all the tragedies others were experiencing with their villagers, so I was pretty proud of myself. I went back to my happy little village full of smugness and decided to up my population a bit to show off. Like that has ever gone well for me.

Twenty minutes later, my villagers were out of tools. Half an hour after that, half of them were dead of starvation or cold. I was hooked.

This is a game of Legos and Jenga. Create, create, create, but one false placement, and the entire structure collapses. It’s a lot of moving numbers here and there, waiting for a trader to show up just at the right moment. And yet it’s more than that. I find myself following certain villagers, caring about their day-to-day activities, considering whether or not this guy needs a house closer to his quarry and whether or not said house will disrupt the artistry of the grand design.

Sometime later, after my village recouped, the game became very personal. Sure, it may look like everyone else’s game, and granted they have probably all encountered fires and tornados, periods of starvation and cold, but they don’t have Handle the Stonecutter, who recently took a wife and now has three children. Yeah. It’s a good game.

3 thoughts on “Banished: What I’m Playing Now and Will Be Playing for a While” 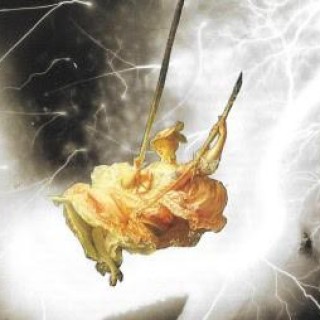